This research seeks to incorporate satellite rainfall uncertainty into models that use this rainfall data as input. We work with NASA’s Landslide Hazard Assessment for Situational Awareness (LHASA) model, which assesses rainfall-triggered landslide hazard around the world in near real-time using NASA’s IMERG product. We developed a probabilistic adaption of the LHASA model, demonstrating one way to account for IMERG uncertainty and improving model performance. With follow-on research, we are exploring how satellite rainfall error can be characterized in regions with limited ground-based rainfall data for validation (such as rain gauges or radar) and how to preserve spatial and temporal patterns of rainfall when accounting for satellite rainfall errors. 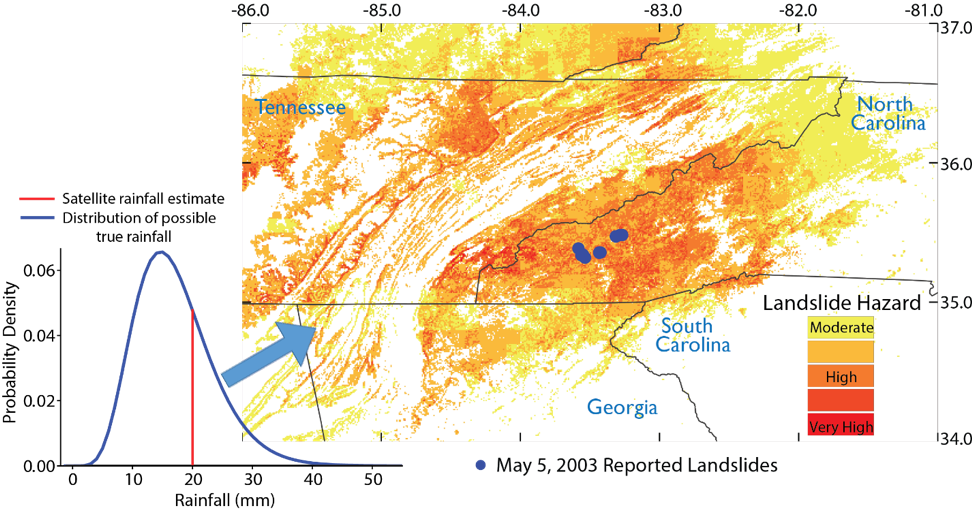